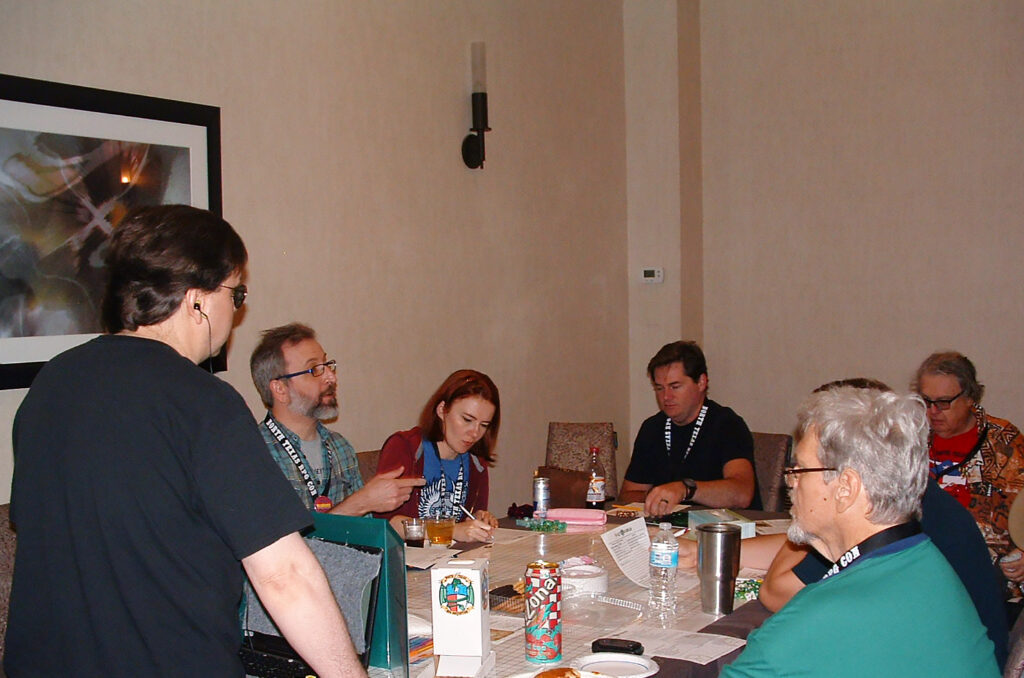 One of the inevitabilities of Victorious (and most other RPGs) is that of player knowledge of the results of tasks. For example, if a hero knows he has a 12+ success rate for a check or save, rolls 17, he knows he made it. Conversely, if he rolled a 3 he knows he failed. This is especially vexing with skills like Roguery or Criminology; when character actions are predicated on whether the check was a success or not.

One way we got around this in past years was a concept I borrowed from a friend named Chris. It is called “Beat my Roll.” Put simply, the player makes the roll as usual and the GM rolls behind the screen. If the player failed their roll, or was hoping for a major success, then they can either keep their roll or say to the GM “I’ll take your roll.” If the player takes the GM’s roll, then the GM can tell them if they succeeded or failed. Or, if its something that they won’t know the results of immediately then just continue play until the actual results of that roll become apparent in the game itself.

It’s not perfect, since obviously huge success rolls by the player means they will almost certainly take their roll over the GM’s. But it does provide some ambiguity to play while giving a failed roll at least a small chance of being overcome.

“But wait, Genteel Magistrate!” I hear you say. “Wasn’t Old School AD&D like that with Thief skills? By the book, all Thief skills were to be rolled by the DM behind the screen. Won’t that work?” Yes, that is true. But in my experience players really resent having rolls that result in the success or failure of their character taken from them. If they’re going to fail a roll, they want to be the one slinging the dice. Which I can understand, and Victorious assumes such is the case during play.

Does anyone else do something similar in their games? Feel free to comment on the Facebook group or here on the blog!