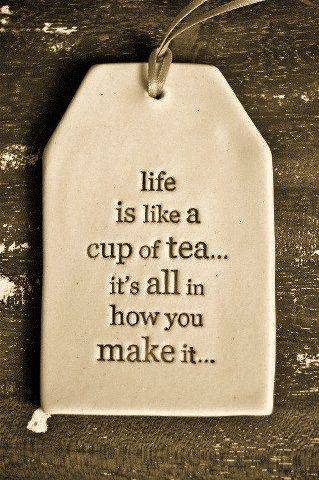 Pardon me for digressing out of Victorious for a bit, but as a proponent of the Old School gaming style I’ve often thought about the differences between what is called “Old School” RPG gaming versus “New School” gaming. Please note I’m not going to discuss which is “better”, as that’s a personal choice and is really apples to oranges. Your mileage WILL vary. Instead, I’ve been thinking about the differences. There are mechanical differences to be sure, but I’d hazard to say they aren’t as many as proponents of either school insist on. Instead, I think it’s a matter of how the game is played that makes the greatest differences. These differences I’m going to call Achievement and Experience.

Now I’m not discussing rules here, though rules will have a bearing on promoting one style or the other. Back in the late 1970s when I started gaming, attributes or saving throws took the place of most skills in D&D/AD&D; with Thief skills being an exception and treated more as class abilities. This made them closer to clerical undead turning than anything else. But even then, these were sparsely used.

Instead the player was expected to use their own knowledge, both of the real world and game rules to influence the success of their characters. For example, you didn’t just say “I look for traps.” You said “I check the door, or the ceiling, or the lock, etc.” and only then did you get a roll to see if you found a trap. This was harder on the DM, as they not only had to know if a door was trapped but HOW it was trapped. Did it have a granite block that dropped from the ceiling? Poisoned darts that shot from the lock? If the player said they stood away from the door and used a rope to pull it open, then there was no threat; the player had correctly interpreted the trap and when it went off they avoided it; no roll needed. Also, if the player said they put a wooden shield in front of the lock to absorb the darts. This was using player knowledge to avoid traps. Same with knowing a fireball expanded to 33k square feet, even if it’s unlikely the character would know that. Or that trolls were vulnerable to fire even though your PC was a dirt farmer from upper BFE and wouldn’t know that about trolls.

New School play, on the other hand, seems to work more as character knowledge and letting rolls take the place of player deduction of a given circumstance. You make a Persuasion roll, and if it works you’ve persuaded the NPC; probably without going into what was said or how it was said. Also, there’s a greater emphasis on what a character would likely know that a player wouldn’t. A perfect example of this is my wife’s rather reasonable argument that since she doesn’t know anything about physics, does that mean she can never play a character who’s a physicist? That’s unreasonable in an RPG that’s supposed to be about escapism isn’t it?

The benefit of the Achievement view is that players can leverage their experience in both the real world and in playing a certain game for a long time. This seems logical if one considers the wargame roots of the hobby. After all, nobody plays Third Reich and decides to only play with the mindset and strategic skill of Hitler or Churchill; they’re playing to win. The disadvantage is that it limits the roleplaying aspect of the hobby, and can result in character 11 and character 45 being pretty much the exact same person; namely the player. This can quickly get dull, unless the whole point of the game (Timeship, Villains & Vigilantes, etc.) is to play yourself in the first place. Which is awkward if your character dies, but that’s another argument.

The advantage of the Experience position is that you get a chance to experience playing a whole range of character types, and thus broaden your enjoyment of the roleplaying game. Different careers, races, or even genders can provide a person with a different perspective; which is why the term roleplaying started in psychology and not the gaming industry. The disadvantage is that it’s too often dependent on rolls and not critical thinking, or personal interactions to gain certain results (roll vs role playing) as someone with a real life Charisma of 3 plays a character with a Charisma of 18 and doesn’t even try to converse but rolls dice instead. In sum, the journey’s more important than the destination.

For Victorious (see, I got back there in the end!), I tried to find a useful halfway point between the two. A level based system, that inherently rewards achievement, combined with a experience system that front-loads characters so that level advancement isn’t as crucial as in Castles & Crusades, D&D, or most other level-based RPGs. Naturally most players will think I went too far in one direction or the other; that’s the nature of gaming. Which is why I also tried to encourage the idea of house rules for a local table. Think the game’s too Achievement-based? Get rid of levels entirely! Too Experience-based? De-emphasize rolls and make table roleplaying the fount of game results. Once you buy it, it’s your game to do with what you will!

What sort of table do you game at? Is there an emphasis of what you prefer, or a sort of compromise among the various players?