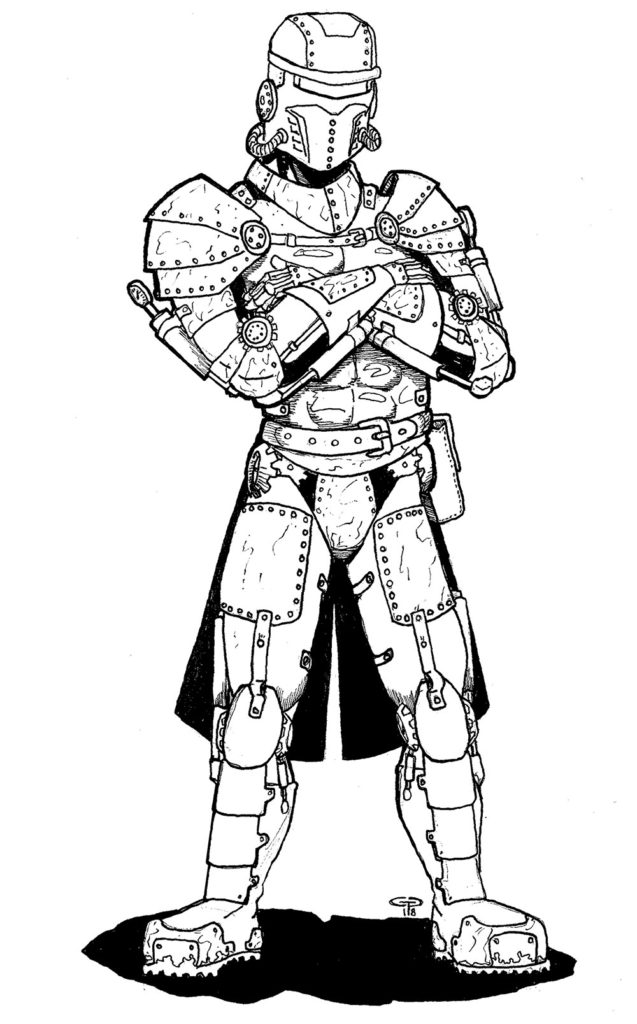 Doctor Charles Gray was a moderately successful scientist in Chicago who specialized in electrical theory. While nowhere as famous as Edison or Tesla, he was brilliant enough to be recruited for a special job. He was paid a considerable salary and sequestered in a special laboratory complex set up by a secretive organization to research the possibilities of automatons and electricity.

While working on his “Electro Man” automaton, he was caught within a massive electrical arc that leaped from the dynamo generator to the automaton, and he was killed. At least, his body was ashes. His mind however seemed to be lodged into the automaton he was building! Terrified at what happened, and uncertain what his employers would do with him, Gray broke out of the facility and fled into the wilderness.

Years later, the automaton, or something that looked similar, returned to Chicago. This creature, calling itself The Machine, robbed scientific laboratories and industrial plants, to build his army of automatons to take over the Earth. The Machine considers himself as a mechanism with no attachment to Dr. Gray. Indeed, he claims to be a completely separate entity from the scientist and will become enraged if anyone insists he is in fact Charles Gray.

The Machine is a brass and steel automaton, appearing as a fully articulated armored figure with a sphere-like head with one eye and a grille for a mouth. Despite insisting on machine efficiency, his body has brass edging and occasional etched designs to improve the body’s aesthetics.